Why A Box of Delights was not filmed 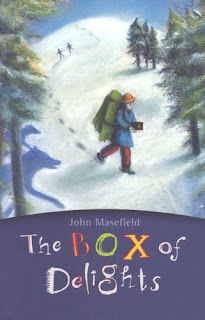 Back in November 2009 I got excited by the news that Mike Newell was to direct a film of John Masefield's The Box of Delights with a script by Frank Cottrell Boyce.

But the film never went into production and I have now found an interview with Newell from 2012 that explains why.

Lousia Mellor from Den of Geek asked him about it and got a depressing reply:


Something close to our hearts is your planned adaptation of John Masefield's The Box Of Delights. What's the status of that at the moment?

The script is there, I would love to make it but I think there is a problem with The Box Of Delights and the problem is that… I don’t know what children expect.

I know what adult Hollywood producers think they expect and it is that the story should be much more intricate and much more special effect-y and have comedy and [waves hands around] terrible surprises, and to look overegged in general.

The Box Of Delights is a story from the 1930s about a boy who has wished on him something that is almost a curse, which is a box that can allow him to do certain things, and is being struggled over by two powerful figures from the past.

It’s a really good story, it has a really strong human sense of good and evil and exploration and peril and all sorts of wonderful things but I think it’s in trouble because it isn’t Transformers.

A sad conclusion, but at least we have the BBC adaptation to watch.