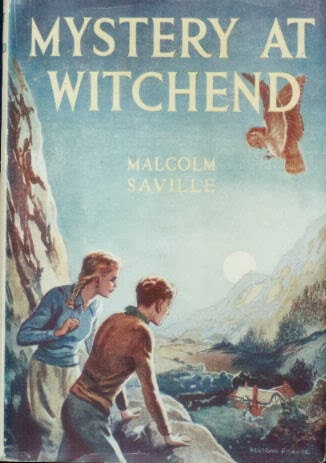 When the previous series of Sherlock invented a secret station on Dartmoor, I was struck by the parallel with Malcolm Saville's Saucers Over the Moor where just such an establishment also appears.

This evening Sherlock gave us a villain who lived at a house called Appledore, just as the villains do in the first of Saville's Lone Pine books, Mystery at Witchend.

But a little research shows the writers of Sherlock got the name Appledore from Conan Doyle - from his Sherlock Holmes short story "The Adventure of Charles Augustus Milverton".