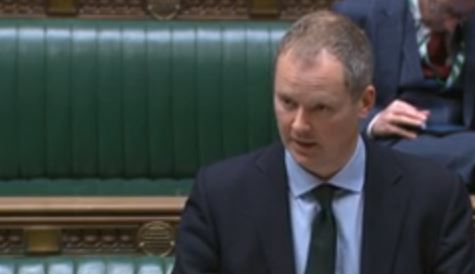 This morning Labour's Angela Rayner asked an urgent question to the minister for the cabinet office on the procurement of personal protective equipment during the Covid pandemic.

But it wasn't that minister who came to the Commons to answer it: it was a junior minister from the Department of Health and Social Care, Harborough's own Neil O'Brien.

Why he got the gig I don't know, but John Crace in the Guardian suggests:

His schoolboy error had been to answer his phone.

And boy does Crace have fun with him:

So it was a queasy-looking O’Brien who turned up for the UQ. A man who looked as if he had spent the previous couple of hours throwing up rather than trying to prepare some answers.

Having watched his performance on Commons TV (it starts at 10:37:16) I can confirm that this is unfair, but only a little. O'Brien is not an commanding  performer at the despatch box.

And the government's performance on procuring PPI isn't impressive either. If it had cut corners to secure supply from established providers of PPE, that would have been entirely understandable.

But contracts were given to people with no record in the field, some of them with worrying political connections, and much of what it bought turned out to be unusable.

There are many questions to be answered here and O'Brien gave convincing ones to few of them.