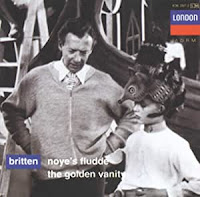 "The Homes for Ukraine scheme, which has housed more than 100,000 people in Britain since the start of the war, is now at risk of collapse. Without early and drastic intervention, the scheme will compound rather than ease the suffering of the Ukrainian families it was meant to help." Keir Giles explains what has gone wrong with the government's effort to help war refugees from Ukraine.

Eleanor Rylance remembers helping a young mother of two children living in appalling housing conditions: "We should be viewing this as a national scandal, not demonising young and vulnerable people living in terrible housing stock."

"Morgan was superficially a 'swinging London' movie – made by a man who was, to the best of my knowledge, not heavily involved in the hedonism of the time: his main hobbies were gardening, collecting art and playing bridge. Yet he and writer David Mercer tapped into the fierce debates, associated with the radical psychiatrist RD Laing, about whether insanity can sometimes be a “rational” response to a mad world." Matthew Reisz on his father Karel's contribution to post-war British cinema.

The Britten Pears Archive examines the composer's rich creative relationship with the boys' choir from the state-sector Wandsworth School.