Counsels' opinions on the Lib Dem definition of transphobia 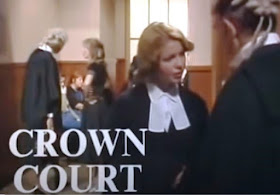 One of Mark Pack's initiative in his first term as Liberal Democrat president was to ask the party's disciplinary subgroup to produce a definition of transphobia.

It was duly produced and adopted by the party. You can find the text and links to useful additional material in a Lib Dem Voice post from 2020.

Since the definition was adopted, doubt has been expressed about how legally watertight it would prove if the party were to use it as the basis for disciplinary action.

For that reason the party has commissioned an opinion from Guy Vassall-Adams KC, You can read it online together with the supplementary advice that he was later asked to submit.

A member of the party's' board commissioned a second opinion from Karon Monaghan KC and this can also be found online.

I'm not aware that these links have appeared on a Lib Dem blog yet, so I have posted them here.