How No Room at the Inn launched John Osborne's theatre career 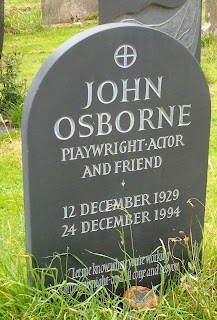 If you thought you'd heard the last of No Room at the Inn, you were mistaken.

This was the play by Joan Temple that, like Agatha Christie's The Mousetrap, was inspired by the death of Dennis O'Neill, a 12-year-old foster child, in 1945.

After No Room at the Inn had cleaned up in the West End, it went on a national tour, though without its star, the awe-inspiring Freda Jackson.

As there were so many children in the cast, the company needed a tutor for them to make up for the schooling they were missing.

That role was taken by a young man keen on a career in the theatre - he even fancied writing plays. And he used it as a route to becoming an assistant stage manager and then a member of the cast.

His name? John Osborne. He was the archetypal Angry Young Man of the Fifties and the author of the epoch-making play Look Back in Anger.